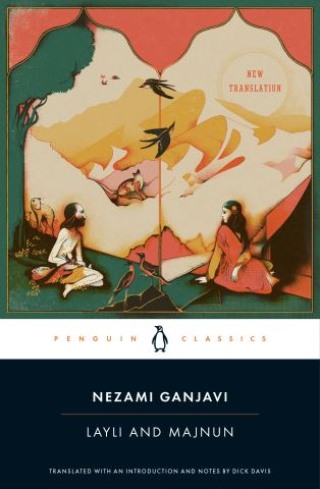 The Persian epic that inspired Eric Clapton's unforgettable love song "Layla" and that Lord Byron called "the Romeo and Juliet of the East," in a masterly new translation

The iconic love story of the Middle East, by a twelfth-century Persian poet who has been compared to Shakespeare for his subtlety, inventiveness, and dramatic force, Layli and Majnun tells of star-crossed lovers whose union is tragically thwarted by their families and whose passion continues to ripple out across the centuries. Theirs is a love that lasts a lifetime, and in Nezami's immortal telling, erotic longing blends with spiritual self-denial in an allegory of Sufi aspiration, as the amenities of civilization give way to the elemental wilderness, desire is sublimated into a mystical renunciation of the physical world, and the soul confronts its essence. This is a tour de force of Persian literature, in a translation that captures the extraordinary power and virtuosity of the original.

Nezami Ganjavi: Nezami Ganjavi (1141-1209) is considered the greatest romantic epic poet in Persian literature. A Sunni Muslim born to a Persian father and a Kurdish mother, he lived most of his life in his hometown of Ganjeh, in present-day Azerbaijan. He was married three times; all three of his wives predeceased him, and, rarely for a Persian poet of his time, he wrote with apparently heartfelt and surprisingly personal eloquence about his affection for them and his sorrow at losing them. His introduction of an element of mysticism into his romance narratives is an innovation that was followed by most of his many imitators.

Dick Davis (translator/introducer) is the foremost English-speaking scholar of medieval Persian poetry in the West and "our finest translator of Persian poetry" (The Times Literary Supplement). A fellow of the Royal Society of Literature and an emeritus professor of Persian at Ohio State University, he has published more than twenty books. His other translations from Persian include The Conference of the Birds; Vis and Ramin; The Mirror of My Heart: A Thousand Years of Persian Poetry by Women; Faces of Love: Hafez and the Poets of Shiraz; and Shahnameh: The Persian Book of Kings, one of The Washington Post's ten best books of 2006. Davis lives in Columbus, Ohio.